Reveille - Written for my first born, who did all the things mentioned in the lyrics. She was my 'reason' during a difficult time in my life. I created an electronic rhythm track and proceeded to write a nice waltz. This was never on any release but it is one of my favorites. Is my voice really that high?


Stride - An early 4 track cassette demo of a Last Tribe song that never saw the light of day. I was convinced this one would be great live, especially with our rhythm section digging into it, but it was not to be. I put the whole track together with a drum machine and gave it to Smith who came up with these lyrics and phrases quickly.. we recorded the vocals in my bedroom and I think he was still writing as we were laying them down! The sound isn't great but you get the picture... I remember straining my voice doing the BG vocals on the left side during the chorus. I miss 4 track machines.

Another Quiet Moment - A "where am I and where am I going song".... A reference mix and a late night guide vocal on this.... I never got around to laying a better one down. Dave Ramie played a nice, groovy drum track in my garage and I spent a few days EQ-ing the shitty sound of the room out of it! It could use a solo (any takers??) but there are some nice guitar parts that keep it interesting during the chorus. Maybe I'll finish it one day...

Cry For Pity - One of my favorites from the early Last Tribe days. This was written around 1989 when LT was in honeymoon phase. The Central Park Jogger/rape case was in the news and NYC was still stuck in the muck. "Gutter rats the size of dogs" was inspired by a giant rat I saw outside of Tavern On The Green, one of the city's swankiest restaurants at the time. Young and impressionable, this was my naive take on NYC. Musically, the guitar parts and everything my bandmates added to this just seemed to work and it was always a crowd favorite. This recording suffers from midi drum disease but everything else sounds great thanks to producer Dave Schwartz. We did this in a fucking condo!!! Midi drums and half inch 16 track tape.... ahhh, the good ol' days, 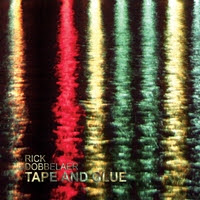 Tape and Glue on CD Baby 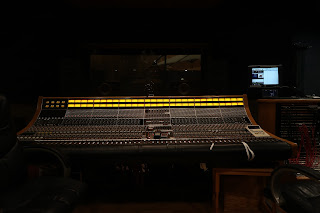 Dobbo
NY, United States
I'm a musician/producer from NY... I live just outside NYC with my beautiful wife and kids. I decided to blog (new to this) while writing and recording my new record. I have played many, many venues in NY and all over the USA, from hole in the wall joints to beautiful theaters. I've also spent many months, weeks and hours working in top NY studios like Hit Factory, Sound on Sound and BearTracks learning the craft of music production. I have been signed to and have produced releases for indie and major labels. I got out of the "business" side of music a few years ago but writing and recording music will never stop for me. I now record everything at home.